The Revue hellénique de droit international is the only Greek legal periodical exclusively written in languages other than Greek.

Each volume comprises main articles on the above subjects, as well as smaller contributions in the form of essays and notes; comments on public and private international law jurisprudence; overviews of basic Greek enactments and their translations in English and/or French; annual information on international agreements signed and ratified by the State; and a series of book reviews.

Learn more on the history and contents of the Revue hellénique de droit international, and also on the celebration of its 60th year which was highlighted by the publication of an anniversary volume. 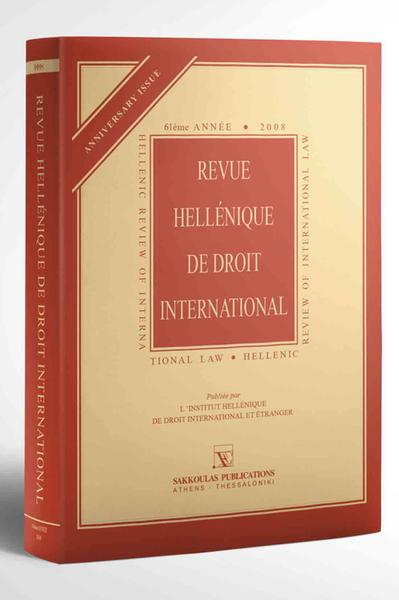